Countries meeting as parties to the Convention on Biological Diversity (CBD) at COP15 in Montreal reached an ‘historic’ deal aimed at protecting nature’s biodiversity early today. Draft decision documents are available on the CBD website. The Kunming-Montreal Global Biodiversity Framework (the GBF) sets out 23 conservation targets, including a requirement the countries ensure that at least 30 per cent of terrestrial, inland water, coastal and marine areas are “effectively conserved and managed” by 2030 (referred to as the 30×30 goal).

The GBF also includes a requirement that countries take legal, administrative or policy measures to encourage and enable businesses (particularly multi-nationals and financial institutions) to: (a) monitor, assess, and disclose risk and impacts on biodiversity; (b) provide information that promotes sustainable consumption patterns; and (c) report on compliance, all in order to “progressively reduce negative impacts on biodiversity, increase positive impacts, reduce biodiversity-related risks to business and financial institutions, and promote actions to ensure sustainable patterns of production.”

In addition, the GBF includes:

COP15 was originally scheduled to take place in Kunming, China in 2020 but was delayed because of the COVID-19 pandemic. It began in Montreal on December 7, 2022, in Montreal, with China retaining the presidency of the COP. 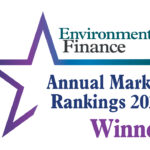