A federal judge of the U.S. District Court for the District of Columbia has cancelled oil and gas leases of 80.8 million acres in the Gulf of Mexico, citing inadequate environmental assessments of the impact of GHG emissions on climate change. The judge determined that the Interior Department “acted arbitrarily and capriciously in excluding foreign consumption from their [GHG] emissions calculations” contrary to requirements under the National Environmental Policy Act (NEPA).

Environmental groups claimed the NEPA analysis performed by the Bureau of Ocean Energy Management was irrational and inconsistent with available data in determining that the GHG emissions associated with the lease sale would be lower and not contribute to climate change compared to a no-action scenario.

President Biden, during his campaign for office, had stated that there would be no new drilling for oil and gas on federal lands and signed an Executive Order to that effect early last year. However, Attorneys General from 13 states successfully sued to have previously planned auctions from the Trump Administration go forward, with major oil companies including Shell, BP, Chevron and Exxon Mobile bidding $192M for the now cancelled drilling rights. 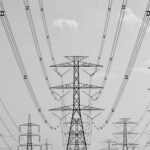