Prime Minister Justin Trudeau yesterday announced a new Cabinet following the September 20, 2021 election. The priorities for the new Cabinet include creating jobs, growing the middle class, homeownership, accelerating the fight against climate change, $10-a-day childcare, and truth and reconciliation. We expect that the Prime Minister’s Office will issue new mandate letters for the ministers in the coming days.

The new Cabinet is gender-balanced and reflective of Canada’s diversity.  It is noteworthy that three of the most significant ministries (Finance, Foreign Affairs, and National Defence) are now held by women.  The climate agenda is also likely to be bolstered by a strong pairing of Minister Wilkinson, a former environmental innovator, at Natural Resources and Minister Guilbeault, a former environmental advocate, at Environment and Climate Change. The elevation of Edmonton Centre MP, Randy Boisonneault, to Cabinet as Associate Minister of Finance and Minister of Tourism is likely to add a more geographically-diverse perspective to Cabinet decisions in and around energy infrastructure.  Minister Hajdu’s move from her strong leadership at Health during the pandemic to Indigenous Services is also consistent with the government’s stated priority on Indigenous reconciliation.

The new confirmed Cabinet is as follows: 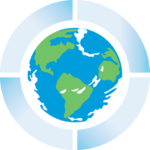