The Ecosystem Marketplace, an initiative of Forest Trends, in collaboration with the Forest Carbon Partnership Facility of the World Bank, yesterday released its report on the state of forest carbon finance in 2021 titled “A Green Growth Spurt: State of Forest Carbon Finance 2021” (the Report). The Report indicates that forest carbon financing remains inadequate to support increased climate ambition and counter global deforestation, noting that 23% of all anthropogenic GHG emissions are a result of the inefficient and destructive use of forests, farms, and fields. This bulletin summarizes the Report’s key findings:

Funding for forests. Funding for forests through carbon markets and results-based payments for REDD+ has more than doubled since 2017, including $5.9 billion to forest carbon offset projects and an additional $1.3 billion for “REDD+ readiness” in developing countries.

Compliance-driven forest carbon markets. Compliance carbon markets have provided over $3.9 billion to forests and sustainable land use. This is expected to further increase as a result of new compliance mechanisms such as CORSIA and the still-to-be-finalized markets provisions under Article 6 of the Paris Agreement.

Voluntary carbon markets. The Taskforce on Scaling Voluntary Carbon Markets (TSVCM) estimates that VCMs must grow 15-fold by 2030 and 100-fold by 2050 to meet the goals of the Paris Agreement (read our earlier bulletins on the TSVCM here and here). The Report notes that most forest carbon offset buyers in VCMs are concentrated in Europe and the US, with companies in France and the UK accounting for almost a third of all offsets purchased in 2019.

Stronger price signal. The Report suggests that, in order to ensure supply meets demand, prices must materially increase from the current range of $3 to $4 per ton for REDD+ credits, $5 per ton via some compliance or REDD+ mechanisms, and the $10 floor price offered by the Lowering Emissions by Accelerating Forest finance (LEAF) Coalition, which is seeking to mobilize more than $1 billion in financing to protect tropical forests.

REDD+ funding. The Report notes that REDD+ funding is expected to increase with the majority of these funds directed at results-based payments. In addition, the Report indicates that new jurisdictional REDD+ offers the potential for greater scale than traditional project-based approaches. However, the Report suggests that jurisdictional mechanisms should provide increased benefits for Indigenous and local communities.

Removals vs. reductions. The Report notes a preference for removals by groups such as the Oxford Principles for Net Zero Aligned Carbon Offsetting, the Institutional Investors Group on Climate Change, and the latest guidance by the Science-Based Target Initiative (SBTi). However, there remains some scepticism and concern that the emphasis on removals (such as afforestation and reforestation projects) without a corresponding emphasis on emissions reductions (such as avoided emissions through forest protections) results in a limited focus on stopping tropical deforestation which annually generates five gigatons of GHG emissions. The authors of the Report recommend addressing the conflicting advice on the legitimacy of reduction-based credits as a means of supporting private-sector investment in REDD+.

The Report notes the increasing uptake of national net-zero commitments (read our bulletin on Canada’s proposed net-zero legislation here), as well as the over 1,500 companies making similar commitments, but cautions that many of these commitments are long-range, with more immediate action needed to achieve 2030 and 2050 goals in order to mitigate and avoid the worst impacts of the changing climate and meet the ambitions of the Paris Agreement 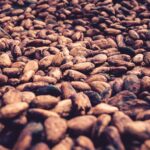