Shareholders Vote to Support Climate Action at ExxonMobil and Chevron

Shareholders and investors at two of the largest oil companies in the U.S. have voted to support increased climate action during recent shareholder meetings.

Led by activist investors and hedge funds, shareholders at ExxonMobil’s annual shareholder meeting voted to replace at least two board members with individuals perceived to be supportive of firmer action on climate change and CO2 emissions reductions. Similarly, shareholders at Chevron voted 61% in support of a resolution to “substantially reduce” Scope 3 emissions from Chevron’s energy products, which account for over 90% of its carbon emissions. Management at both Exxon and Chevron unsuccessfully came out against the respective votes.

Hedge fund Engine No.1 was behind the vote to replace board members at Exxon with individuals more aligned with taking increased climate action. Engine No.1 was able to gain the backing of institutional investors (including BlackRock) that want firmer commitments to act on reducing emissions and taking climate change into account as part of a broader investment and carbon transition strategy.

These developments follow last month’s vote at ConocoPhillips, advanced by activist shareholder group Follow This, in favour of setting Scope 1, 2, and 3 emissions reduction targets, which 58% of shareholder supported.

Please contact Lisa DeMarco at lisa@resilientllp.com should you wish to discuss the contents of this bulletin. 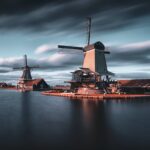